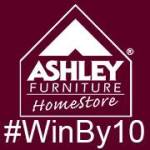 The Texas A&M football team made a lot of furniture shoppers very happy last week when they beat South Carolina 52-28.

The margin of victory in A&M’s season-opening win meant that customers of Ashley Furniture HomeStore in College Station, TX would get their just-purchased furniture for free.

It was an exciting moment for the team, store and customers.  Maybe not so much for the insurance company.  Learn more in this mini case study, plus four keys to your sponsorship and sports marketing success.

END_OF_DOCUMENT_TOKEN_TO_BE_REPLACED 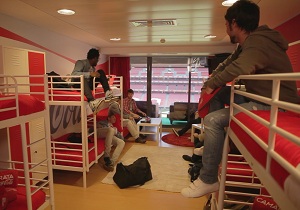 Sponsorship is often misunderstood and poorly utilized, even within the marketing ranks.

So, it’s good to see a terrific example of sponsorship activation from Coca-Cola Portugal.

Building on its sponsorship of Benefica Stadium, Coca-Cola decided to engage its fans with a contest for special access to a luxury suite.  Been there and done that, you say?  Maybe, but not like this!   Coca-Cola created a unique experiential setting for eight fans (teammates) to enjoy in their very own ultimate sports fan dormitory.  Promotion communication included social media marketing with Facebook.  Check it out. END_OF_DOCUMENT_TOKEN_TO_BE_REPLACED

Everyone has a story