Each decision provides a good opportunity for a mini-case study discussion.  After you read my take, post a comment and tell me what you think.

In an April 12th press release, Cisco announced that it would be shutting down its consumer Flip video recorder business.

Here’s how CEO John Chambers explained the decision:  “As we move forward, our consumer efforts will focus on how we help our enterprise and service provider customers optimize and expand their offerings for consumers [emphasis added], and help ensure the network’s ability to deliver on those offerings.”

Various news reports talked about declining market share, the rise of smartphone video capabilities, and much lower margins versus the rest of its portfolio as reasons for Cisco’s decision.

Cisco bought Pure Digital Technologies and the Flip business for $590 million in 2009 to bolster its consumer products business (the company markets Linksys routers).  But Cisco’s strength and core is B2B selling, not consumer products.

In a CNET article, Marguerite Reardon wrote that “Cisco’s consumer strategy has largely been one failure after another.  Cisco’s home-grown products, such as the Linksys Wireless Home Audio system and the Umi telepresence product, have all been priced too high for consumers.  And even though Cisco acquired a successful consumer business with the acquisition of Pure Digital, it has managed to stifle growth in that product area.”

Consider this assessment from analyst Alex Henderson, quoted in a New York Times article:  “I don’t think there’s an analyst on the planet who thought that Flip was a good acquisition.  Cisco had this idea that they wanted to be in the consumer’s home network, but they had a grand vision that was not grounded in reality.”

Observation:  Moving into adjacent areas can look tempting, but be careful.  The need for growth often leads companies away from their core strengths and capabilities.  Cisco apparently learned that excellence and expertise in selling hardware to corporations is difficult to translate to the consumer market.  Shutting a number-two brand (per NPD estimate in The Wall Street Journal) and seemingly profitable business is a bold decision.  Cisco deserves credit for concluding that consumer products are not a strategic fit and deciding to deploy its resources elsewhere.

Important changes include plans to reduce total square footage and increase the number of small mobile stores.  Best Buy calls this “increasing points of presence while reducing overall square footage.”  Specifically, this means reducing the total square footage of its domestic big box stores by approximately 10% over the next three to five years.  The company expects to realize savings of $70 to $80 million in reduced annual occupancy costs. 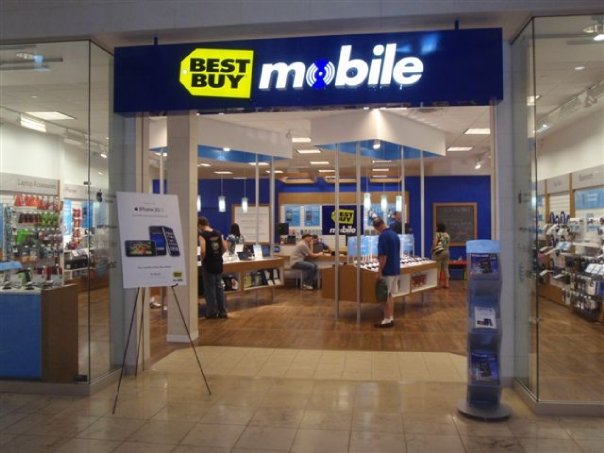 The range of physical properties includes plans to add 150 Best Buy Mobile stores in fiscal 2012, with an estimated 600 to 800 stores within five years.

Observation:  Don’t hesitate to change in order to maintain relevance and growth.  Reducing superstore square footage is a big deal, even if the reduction is modest.  Transitioning to smaller stores focused on fast-growing mobile products is in-sync with shopping demand.  Here’s a powerful statement about the company’s philosophy that CEO Brian Dunn made during the April 14th conference:  “We learn from challenge and change.  Again and again we have navigated the rapidly shifting landscape, outmaneuvered competitors who supposedly had the resources to render us obsolete.” (The Wall Street Journal)

Making a bold decision is tough, especially when it requires exiting a business or modifying the go-to-market approach.  But inaction in a rapidly changing business environment can be dangerous and sometimes fatal.  Today, more than ever, senior executives must be willing to make “change decisions.”  Here are two decision-making guide points (noted in a previous post) to keep in mind:  Prioritize and focus on what matters most; and Adapt and see change as an opportunity.